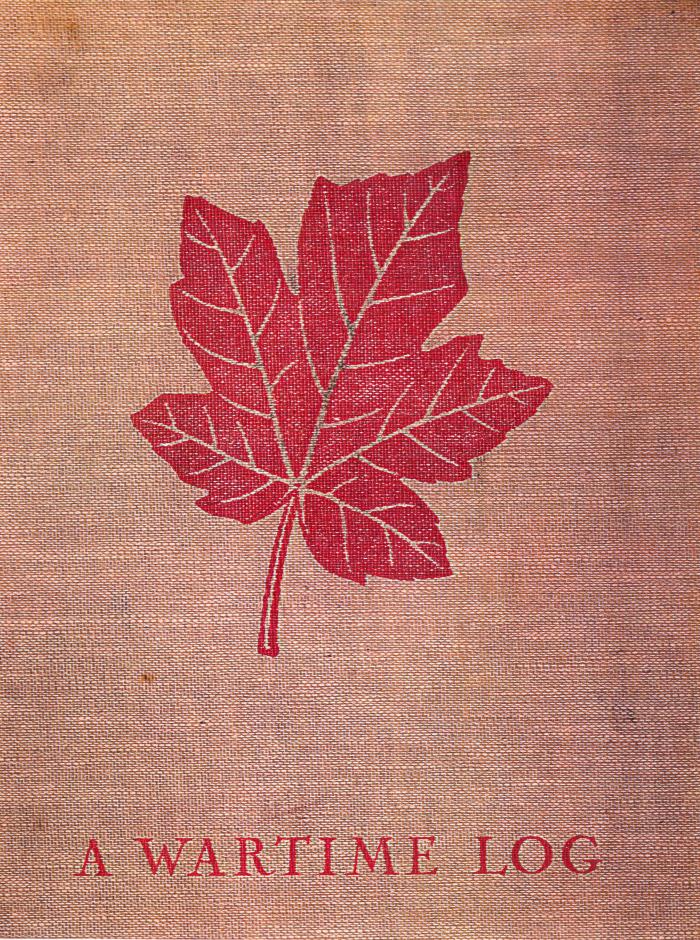 This was given to Jim L’Esperance by the Red Cross.

There was a letter sent with the Wartime Log.

Life was very harsh for POWs in Marlag und Milag Nord. Food was scarce as well as heating.

He came close to being rescued by HMCS Haida. 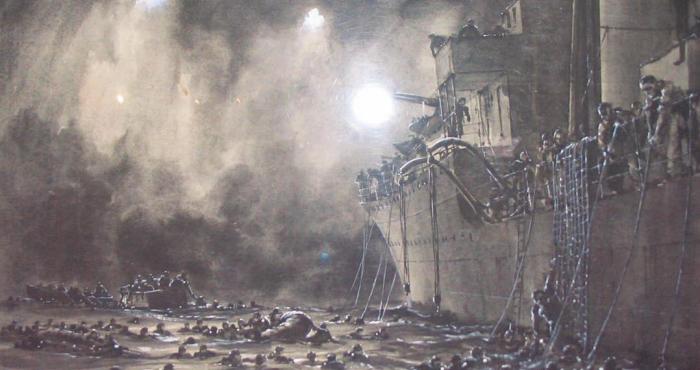 taken from the book Unlucky Lady

That was not meant to be…

The lucky few rescued
(taken from the book Unlucky Lady)

You can watch videos made in 1945 when the prisoners were liberated from the prison camp.

Every Monday I will post what Jim L’Esperance pasted in his Wartime Log leading us to April 29, 2014, 70 years after the sinking of HMCS Athabaskan.

Here is a preview of what I will post. 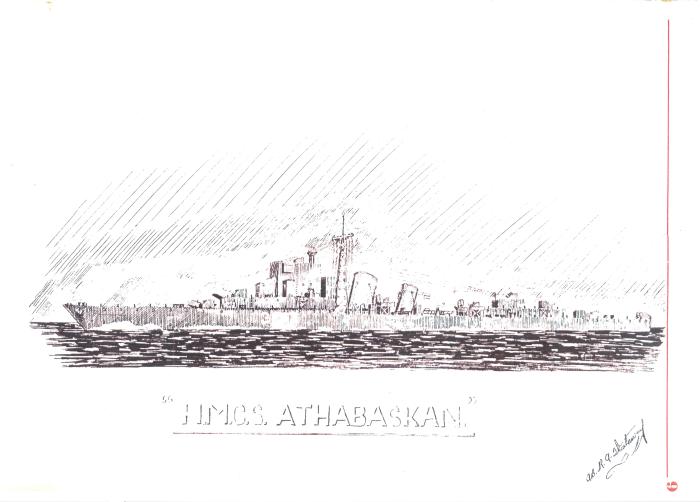 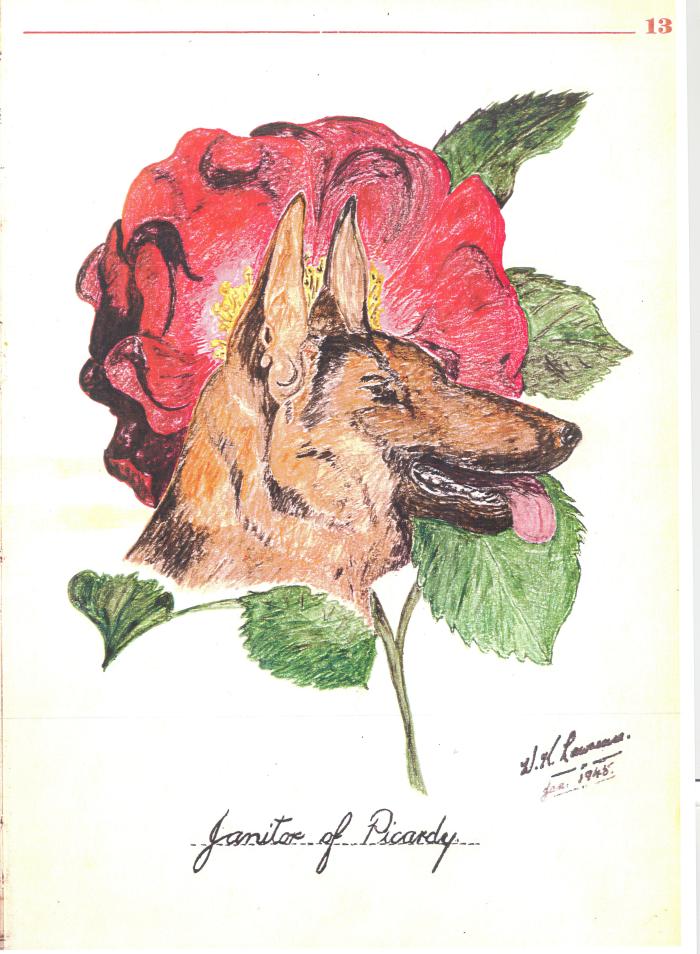 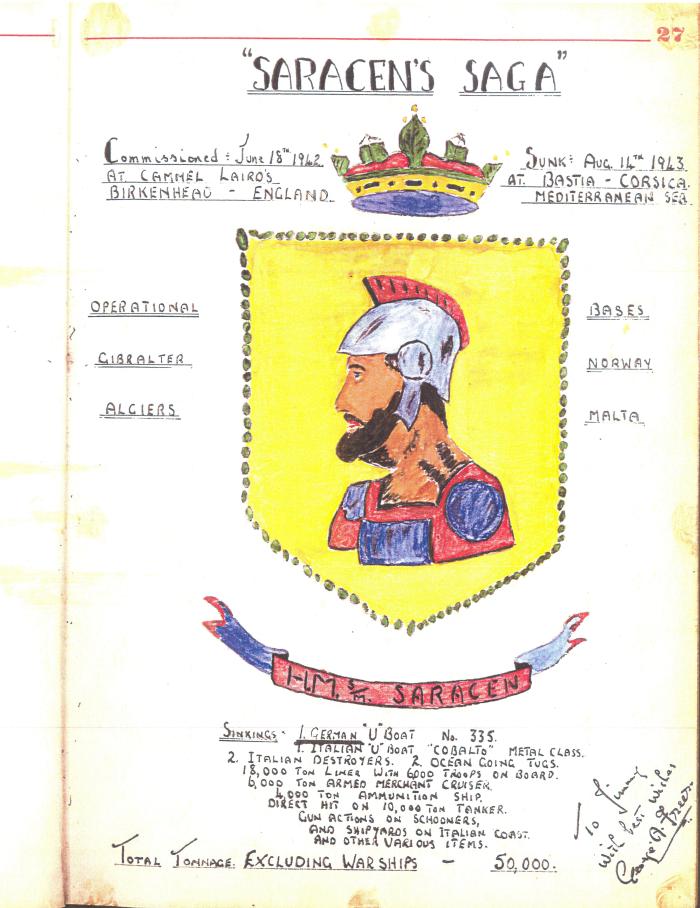 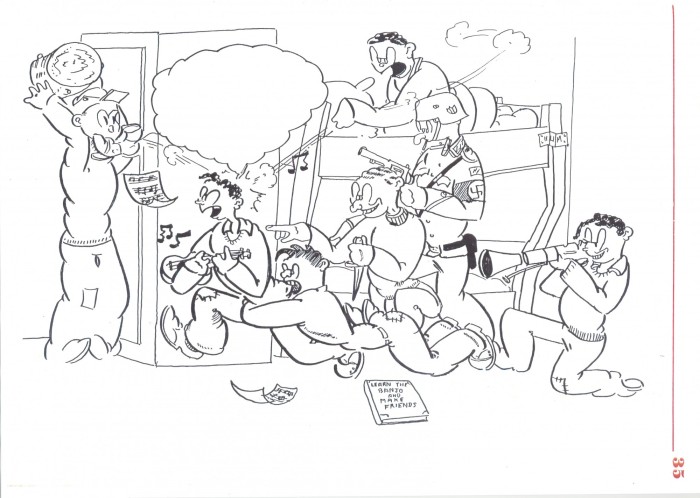 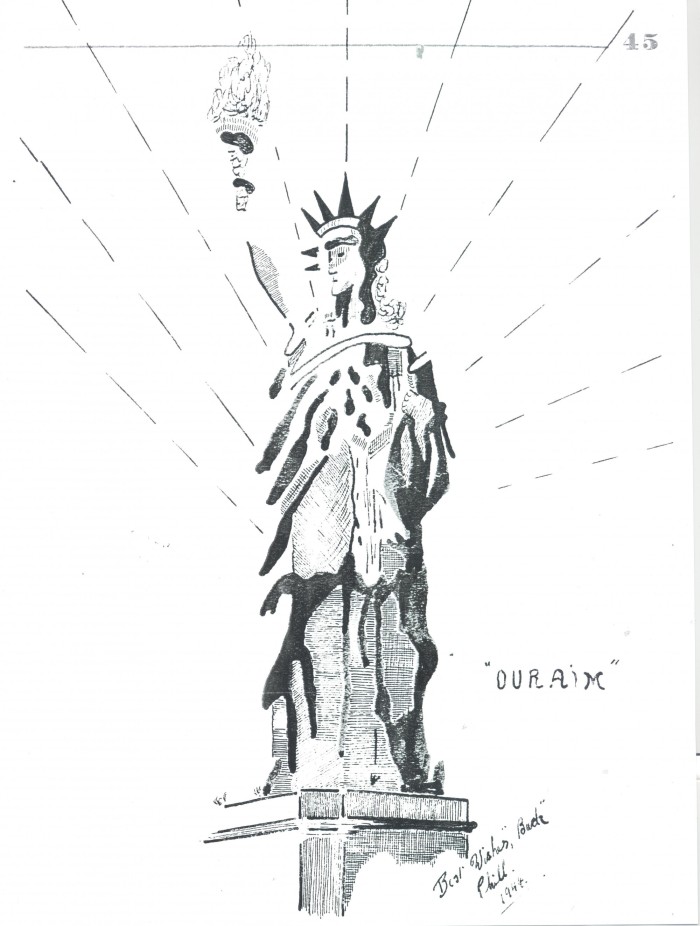 At first this blog was about a Canadian destroyer I had never heard about. 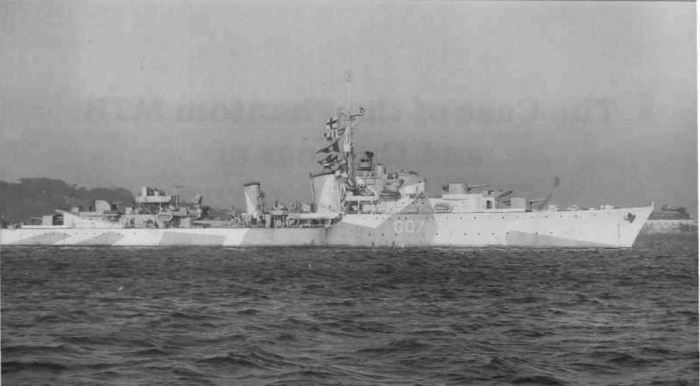 Then it was about how some sailors were rescued when the ship was torpedoed and a few were rescued by HMCS Haida.

In July 2009, my wife’s uncle said in a family reunion that he was among them.

That’s almost all he said about his ordeal adding he was a stoker.

Then relatives of sailors who were aboard HMCS Athabaskan on that faithful night started to contact me. Some were the sons of sailors taken prisoners, and they had photos to share.

One relative was Jim L’Esperance’s son who has shared all he had about his father. He had these two pictures of the sailors who were taken prisoners. 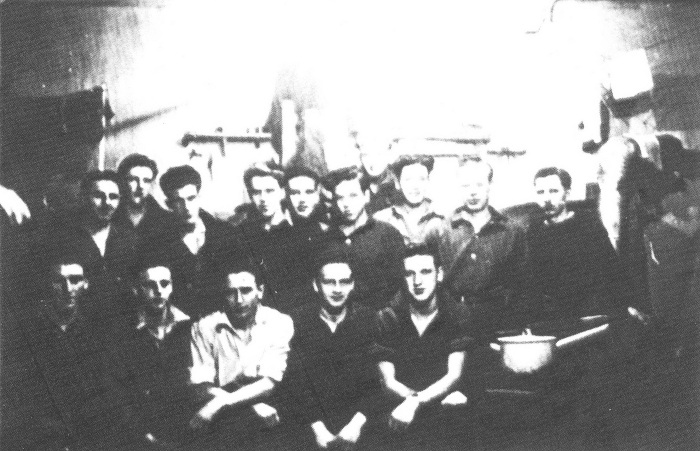 It will be hard to identify who is who until more people find this blog except for Gérard Tourangeau (6) and Jim L’Esperance (1). 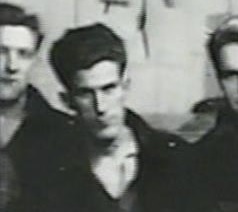 To be continued later after I approve this comment…

The Mystery of AB William Dearl Trickett, Stoker (1st Class), HMCS Athabaskan G07
I thought you might be interested in a little project I’m working on especially in the light of the 75th anniversary of the sinking of G07 next year on Apr 29, 2019. Also, I’m trying to track down more information on my Great Uncle and the possible whereabouts of his missing Wartime Logbook.

This picture was also pasted in Jim L’Esperance’s Wartime Log.

I am sure it was pasted when Jim came back from Marlag und Milag Nord.

Jim is here with all the POWs.

He’s the third sailor on the right top row.

This is the original sent by Yves Dufeil back in 2009 when I started this blog. I just added a few information since then so we may never forget these men and the sailors who never came back. 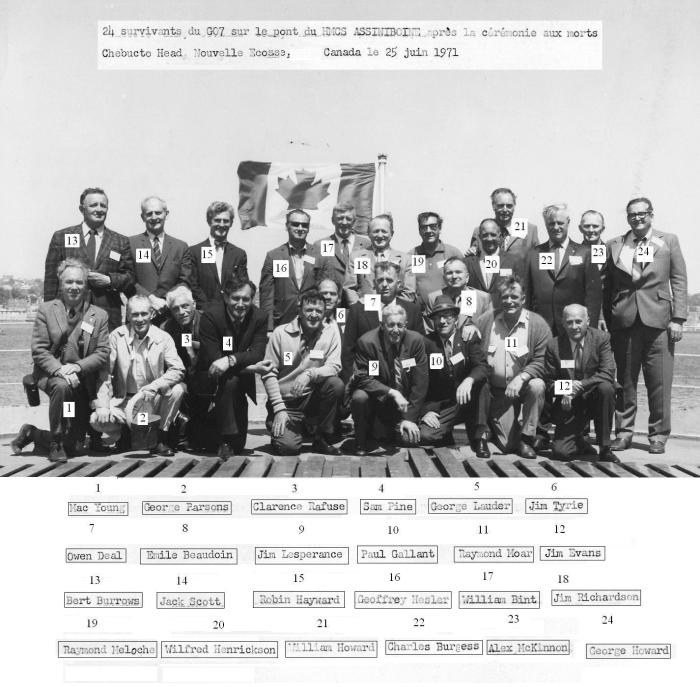 Lest We Forget those who never came back…