Interesting to note that another Derby born ‘Ace of Aces’ Arthur ‘Darkie’ Clowe was CO with 301 from August to November 1942. Previously he also flew in combat with 1 squadron in France where he received the DFM. He survived the war but died of cancer in 1949. 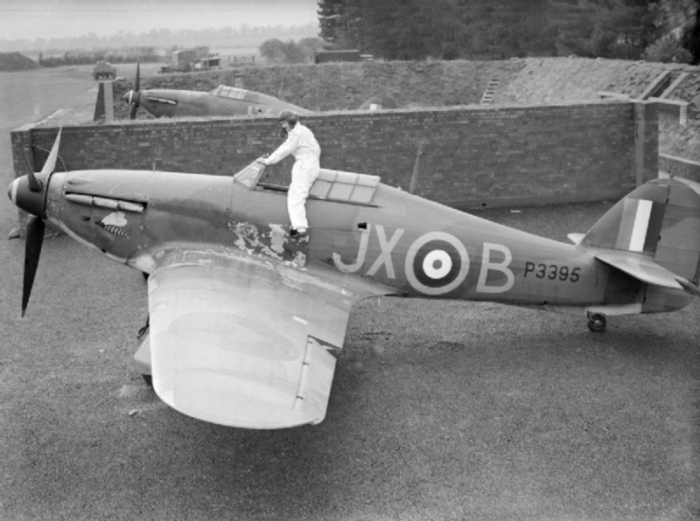 P/O “Darkie” Clowes climbing into his 1 Sqn Hurricane I at Wittering, in October 1940. 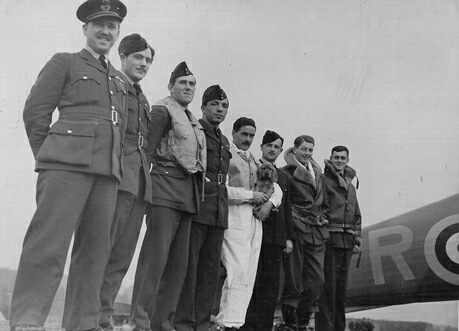 The next four days gave the Canadians a breathing spell. But on August 31st, while they were patrolling the Dover coast at 22,000 ft., they were attacked out of the sun by high-flying Messerschmitts and three of their number were shot down. So rapid and accurate was the attack and so deadly the fire of the enemy that only two of the Canadian fighters were able to bring their guns into action. The pilots of the three Hurricanes that were shot down baled out. Of these, F/O W. P. Sprenger landed uninjured, while Corbett and F/O G. G. Hyde received burns about the face, hands and legs. This was a costly lesson in the hard school of experience. The squadron was scrambled a second time on the same day and over Gravesend intercepted a large formation of bombers protected by a strong fighter escort. Blue section, composed of F/Os R. Smither, Little and B. E. Christmas, was split up in an endeavour to avoid the heavy anti-aircraft fire from our own guns and each pilot attacked one of the escorting Me. 109s individually. The result was that Christmas and Little each destroyed a Messerschmitt and Smither damaged a third. On the same scramble F/O J. W. Kerwin destroyed a Do. 215 and F/O B. D. Russel damaged a second. In this engagement Desloges was shot down in flames and was severely burned on the face, hands and legs before he could abandon his aircraft.