Guy Fournier sent me three photos via Messenger last Saturday. All three were taken on February 26, 1942 at No. 9 B&G School in Mont-Joli. 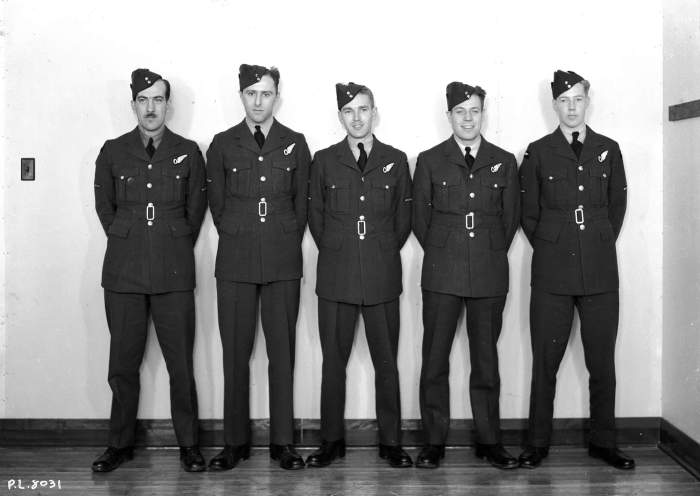 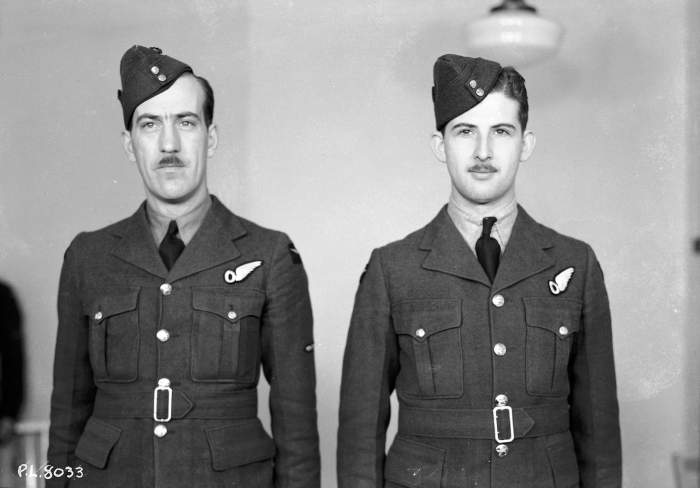 I know it’s not November 11th, but I’m afraid I could forget to honour the memory of these airmen on Remembrance Day 2021.

Of the five airmen on the group photo, four of them will not be returning from the war.

Albert Dugal is on the left. His story was written by his nephew four years ago. Albert is also on another photo taken the same day with Edmond Thomas Spears.

Edmond is not on the group photo.

Albert died on March 3, 1943 after returning from a raid on Hamburg. He was a bomb aimer. Edmond died on August 28th 1942 in the crash of a Wellington during a training flight in England. The Wellington stalled and crashed.

Both had trained in Mont-Joli at No. 9 Bombing and Gunnery School where this picture was also taken.

Kenneth Stewart Gunning is on the left and Ronald Hanson Welsh is on the right. They too will not return from the war. The only one who would have come back is Jackson the 2nd on the right next to Rowlen Martin Jupe.

The reason I am ahead of Remembrance Day 2021 is that Edmond Thomas Spears was born on March 2nd, 1922. I could have waited until his 100th birthday in 2022 to honour his memory, but I could have forgotten about it.

Remembering is what I have been doing on Lest We Forget since September 2009 when I started writing the history of the sinking of HMCS Athabaskan as well as the story of my wife’s uncle.

I always wonder why I keep remembering on Lest We Forget.

Maybe Guy Fournier would have the answer…