Of Enemies And Friends

This is a short article of my Grandfather John Jeremy Caulton’s encounter with Major Hans Joachim Jabs during WW2. For a longer version please see the “Full Story” page.

Theirs is a unique friendship forged from a desperate few seconds in the skies over Holland many years ago. It was April 1944 and Jabs (pronounced “Yarbs”) – a Messerschmitt BF110 pilot with the German Luftwaffe – tried to kill Caulton in a one-on-one air battle. Caulton too, had the same fate in mind for Jabs as he aimed his near new Mk IX Spitfire at the distant outline of the Bf110.

The first and last word in Canadian aviation publishing since 1981… 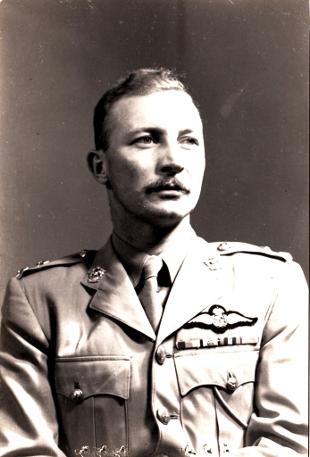 I am an engineer and worked for 14 years in the SA arms industry mainly designing rocket motors and aircraft parts. For the past 17 years I have been in the private sector working in the flour milling industry.

My interest in WW2 SAAF history was inspired by conversations I had with WW2 pilots back in 2010. Since then I have traced and visited many ex-WW2 SAAF pilots and aircrew, recording their stories. This fascinates me and it always strike me how incredible humble these people are regarding their war service. Through the internet I have been contacted by many family members who’s ancestors served and want information on their whereabouts. It thrills me if I discover something that is of importance to these families.

In my opinion the history of our South African forces’ participation in the second world war has been badly neglected over the years since 1948, when a new government came to power that opposed SA’s involvement to the war. Unlike other Allied Commonwealth countries where their WW2 military achievements and sacrifice are cherished and honoured through school syllabus, media and commemoration events, this is not happening in South Africa with the same level of importance. Our war hero’s with the likes of Sailor Malan, Thomas Pattle, etc., never featured in any school history books and remained unknown to the public. Same with the 330 000+ South African volunteers that served in the war. They never got their deserved and rightful place of honour in our rich South African history.

The situation has further deteriorated when a new government came to power in 1994. This government understandably has absolute no interest in this part of the South African history and now even the three SAAF museums are under threat due to budget and resource allocation cuts.

My goal with the WW2 SAAF heritage work is to promote this aspect of our history and make it accessible to public via the internet as token of homage, appreciation and respect to our WW2 servicemen. I try to locate and video interview veterans and copy their precious photograph albums and log books. I also strive to get hold of family members of those who served in an effort to copy historical memorabilia and make it available on the internet for the public in appreciation for what they did.

For me as an enthusiast I do all of this as a hobby with no commercial intent.

When  you  see he was a Typhoon  pilot, you understand  how  brave this man was. 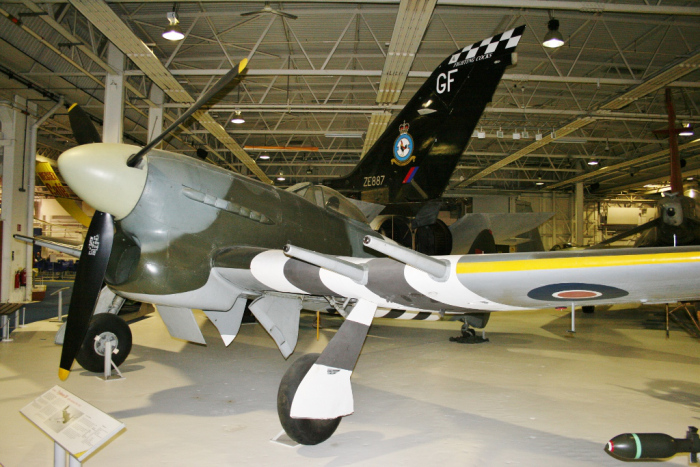 Source of the picture

Quite an interesting story about an Impatient Virgin

Note
I am not the author of this story about an Impatient Virgin. 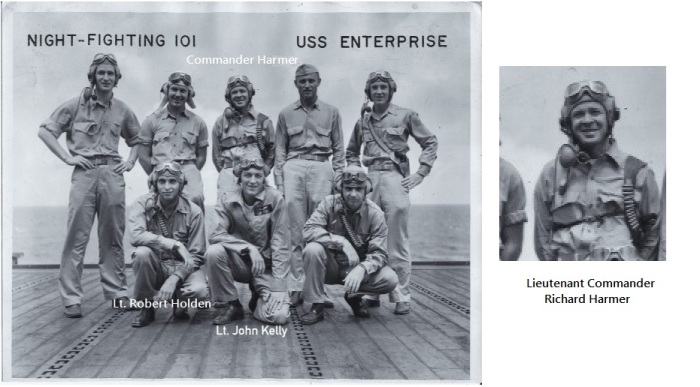 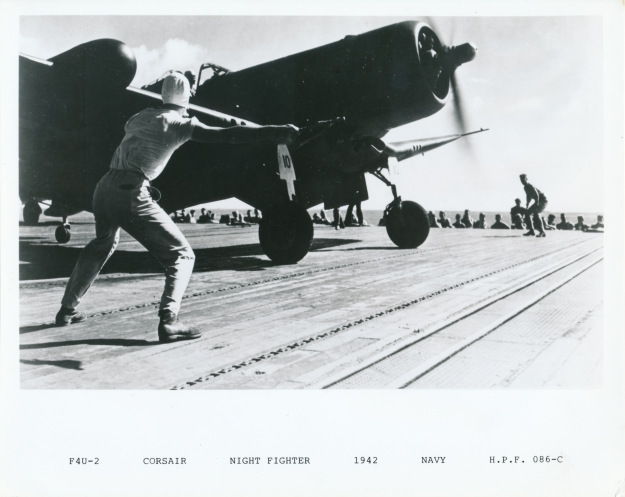 In January 1944, Lieutenant Commander Richard Harmer’s VF(N)-101 became one of the Navy’s first carrier-based night fighter squadrons. Once at sea, however, Harmer had an uphill climb getting permission for his pilots to fly their radar-equipped Corsairs on combat missions.

One evening after four frustrating weeks at sea, Navy Lieutenant Commander Richard E. Harmer walked across the flight deck of the USS Enterprise (CV-6) toward his F4U-2 Corsair. Like previous nights on standby, Number 15 was spotted on the catapult, fully armed, and ready to launch. But Harmer had yet to fly a single sortie.

Approaching his plane, he was astonished to see freshly shellacked on the engine cowling…