The Squadron of Angels 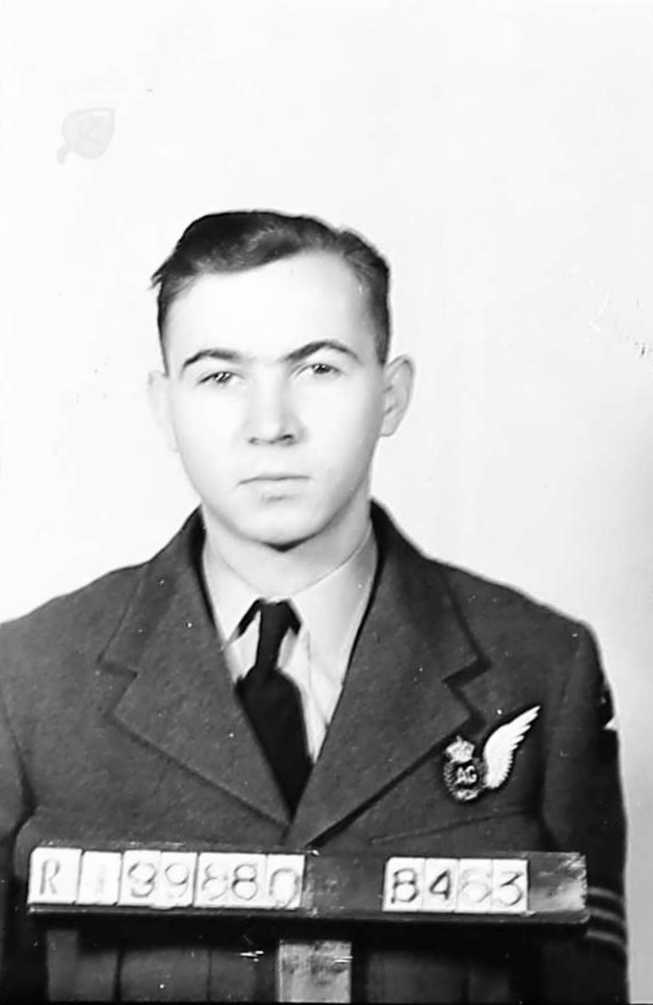 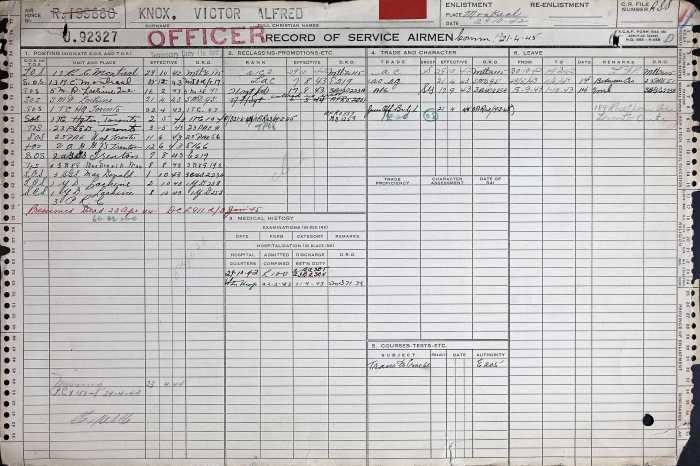 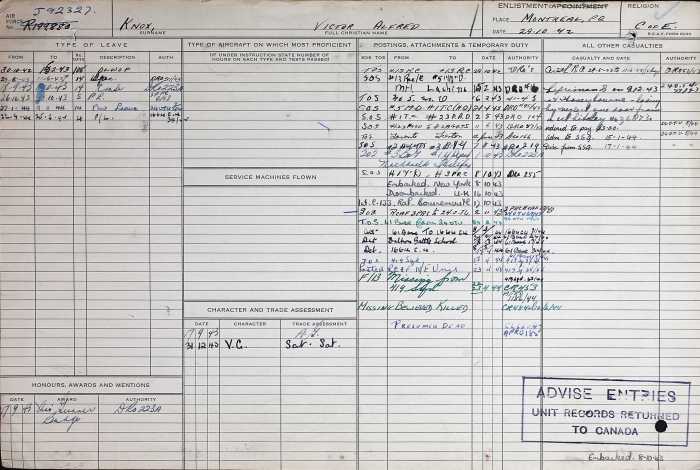 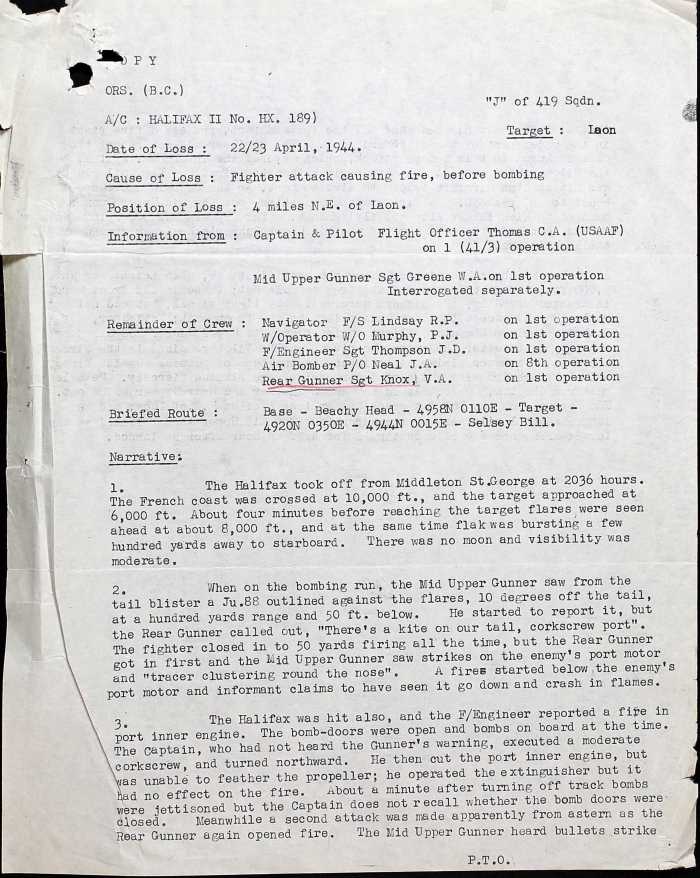 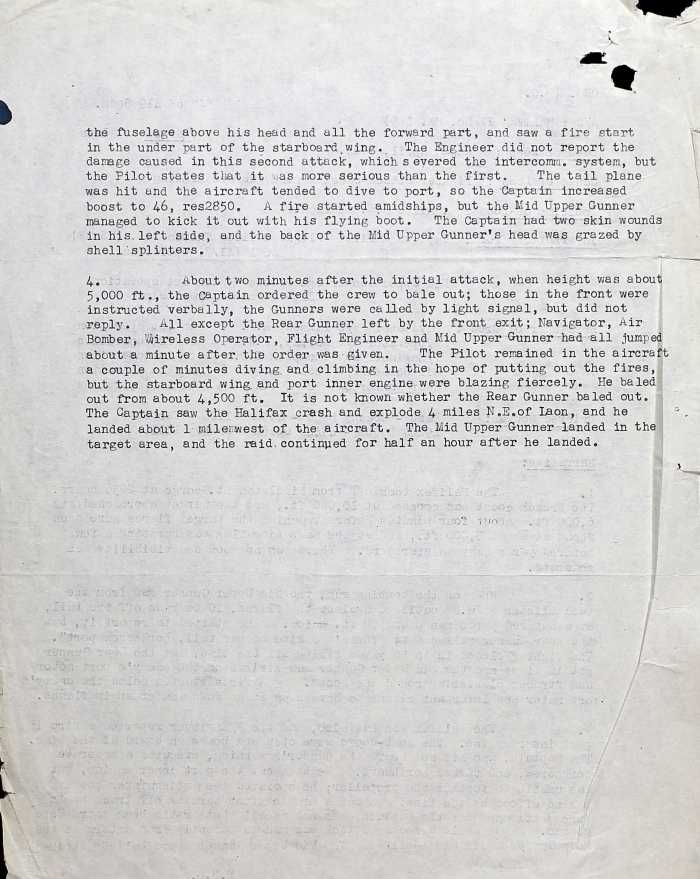 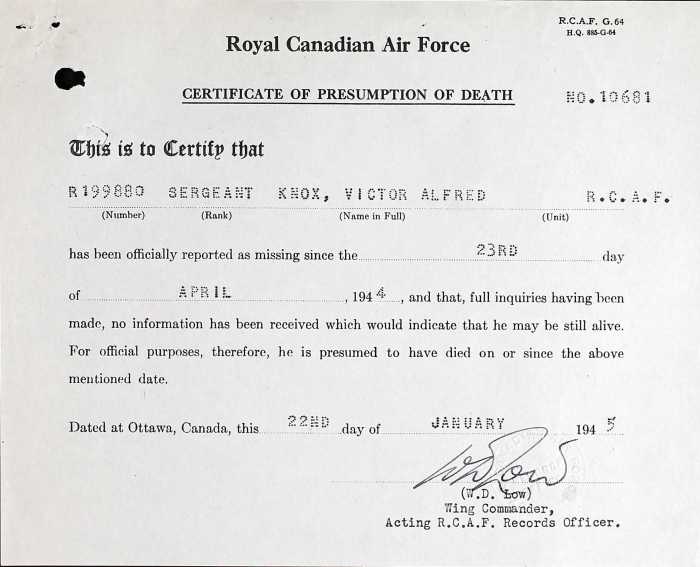 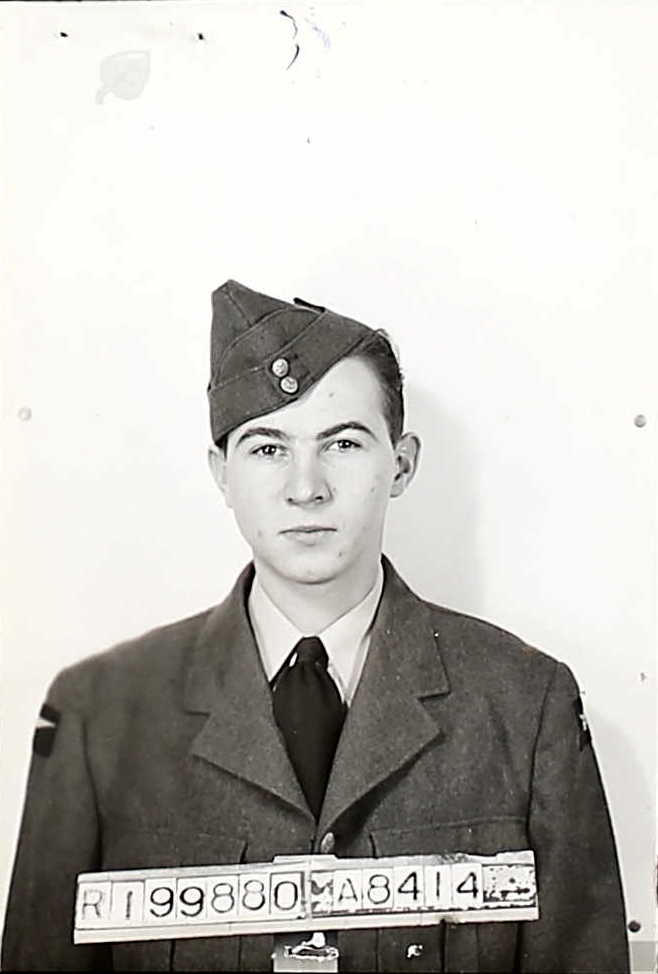 Crew of Halifax HX189
T/S Charles A. Thomas (USAAF) known to his crew as Chuck arrived at 419 squadron on April 17th 1944. Listed sometimes as T/S, although on his flight as 2nd Pilot it appears as he had an unusual rank designation “Flight-Officer”. Among the crew was Air Gunner Sgt. Victor Knox whose brother F/O John Knox was already a member of 419 squadron as WAG.
The original crew included Sgt. Ritchie as the Bomb Aimer. Ritchie became hospitalized with jaundice while at Middleton St. George which left the crew short one trade.
Normally there was a week or so before a crew became operational, their time would have been spent carrying out squadron exercises while their pilot completed two sorties as 2nd. Pilot. For Thomas’s crew this was cut short, the 2nd. Pilot sorties came one after the other so that by April 21st Thomas had completed this training.
With their Bomb Aimer not available, veteran B/A F/O John Neal asked to go with the new crew on this their first operation. For Neal and the crew their first meeting was at the Briefing Hut only minutes before takeoff. Neal records in his book “The Lucky Pigeon” he was glad when the target was revealed as Laon, he mentions that it was only a four hour sortie and would be a “Milk Run” . Laon was also a target he had been to before.

The marshalling yards of Laon were an important target to help disrupt the supplies reaching the front lines on what soon would be the beaches of the D-Day landings. The mission was assigned to a small force of aircraft, even so nine aircraft were to be lost including one of Moose squadron, Halifax HX189.

No incidents occurred on the dog legged path to the target area and the Halifax was on the approach to the flare outlined drop zone. As the Bomb Aimer had his finger on the release button the aircraft was hit. Before any evasive actions could be put in place the aircraft was hit again a number of times by louder bangs. The damage done had both port engines on fire and flames spreading along the port fuselage.
The fog of time has left us with two versions of what happened. Sgt. Knox the tail gunner is reported to have called for the evasive action just as they were hit. In John Neal’s book he mentions he was within an instance of pressing the release when they were hit. It could have been, and this is just a theory that while Neal was communicating on the intercom with Thomas and guiding the aircraft over the target, Knox was not heard. The intercom was then destroyed in the second more devastating round of cannon fire seconds later.

Jumping into the Night

The Halifax’s pilot ,Thomas had been hit and wounded in the attacks, WO Pat Murphy had also been hit, a total of three times in the leg. F/O Neal also reported that Murphy had blood running down his face when he last saw him. Thomas was able to keep some control of the aircraft and had already shouted to everyone to “get the hell out”. Murphy worked on getting one of the hatches open even though he was injured. Neal went forward to Bomb Aimer position in the nose and set the bombs to “Safe” then released them as the Halifax took a Northward path.
F/S Lindsay and P/O John Neal left by the nose hatch, Neal smacking his chin on the hatch as he moved to jump out. After what seemed like forever Murphy forced the hatch open and he and Thompson jumped as the aircraft burned and started to fall. Sgt. Greene is reported to have jumped from the rear entrance hatch after possibly trying to make contact with Sgt. Knox who no one could communicate with. Eventually Thomas made it out of the aircraft, only Sgt. Victor Knox was left on board. In his position as tail gunner he was almost half the aircraft’s length away from everyone. From the style of the attack and no sign of return fire from Knox it was strongly felt that he had been killed in the first round of fire from the enemy night fighter.

Of the surviving six members of the crew WO Murphy and Sgt. Thompson who had both found each other once on the ground were captured by a German patrol. For WO Patrick Murphy the scenes of death from aircraft gun fire was to be repeated, when he experienced the devastation of the attack on a column of PoWs by RAF Typhoons near Gresse on April 19th 1945.
For Murphy and Thompson their imprisonment delayed their return home until the war was over. Lindsay, Thomas, Neal and Greene became evaders. Neal worked with the French Marquis and eventually made it back to Britain, Thomas made his way through Spain and was already in an Army hospital in Florida by the time Neal had made it back to Britain. Bob Lindsay returned to Britain in September of 1944 while Greene was home long before the others, June 23 1944.
Very tragically their first operation together on the night of 22/23rd April only a few short days after arriving at 419 Squadron would be the crews only operation.